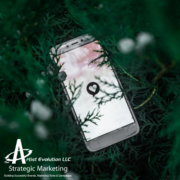 Unless your business is a household name, organically growing your social media presence—that is, growing a page without paying for boosted or promoted posts—can seem like an impossible task. As it turns out, that perception may not be too far from the truth.

In the earlier years of social media, organically scaling a social media page was well within the realm of possibility. But as social media has evolved and platforms have become better at leveraging their services for monetary return, social media has increasingly become a pay-to-play, or rather, a pay-to-grow platform.

One of the most telling examples of this comes from industry giant, Facebook. According to multiple studies, only around four to eight percent of a business page’s following will actually see their posts—four to eight percent. In fact, businesses will often find that many of the Facebook users who like their posts don’t even follow (or “like”) their page to begin with. Now why would that be?

The bottom line is that Facebook wants to help businesses grow their following base. When the business realizes there is no way to reach the followers they have acquired without paying, well… well that is why Mark Zuckerberg is the 5th wealthiest person in the world.

Back in 2018, Facebook changed their algorithm to prioritize the content from a Facebook user’s friends and family. Ever since then, businesses have had to pull out their wallets for the privilege of reaching their consumers, even if their consumers want to be reached.

So, is organic social media a thing of the past? For Facebook, it may very well be. You can still grow your page organically over time, but you will inevitably have to purchase some “fertilizer” if you want it to flourish. However, there is still hope for organic social media, but it exists outside of Facebook.

Twitter, for example, still prioritizes content based on what users interact with most frequently (regardless if it is a family member or close friend). That is why companies like Moon Pie, Wendy’s, and others will occasionally appear on your feed without paying a dime. By interacting with trending topics on Twitter (usually in a humorous way, but sometimes in a more activist manner), social media savvy businesses have the ability to get in front of their audiences without paying a thing.

All this being said, Facebook should not be thought of as the anti-business social media platform. It is still arguably the best platform for well-rounded social media marketing, but only if one recognizes that organic social media has its limits, and that the glory days of leveraging the free services that social media has to offer are becoming increasingly more distant.

Going forward, businesses and marketers looking to scale their social media presence must strategically combine traditional, organic social media with the new-age, pay-to-play social media. The challenge of social media is no longer “how to grow my social media organically,” but “how much should I spend to reach my following?”.

Growing a social media page without paying is still feasible, but tapping into the type of high-volume engagement which that growth once necessitated is no longer free–it comes at a price, and figuring out what that price should be is an ever-evolving challenge. 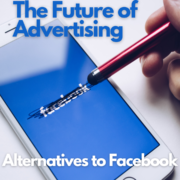 What We Really Enjoy About the World Cup

The Artist Evolution's Sister Brand at Conference this Weekend