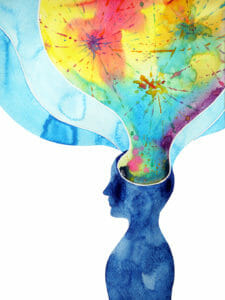 Think Outside Away from the Box

Whether you’re trying to better market your own company or someone else’s, one thing is certain: marketing relies upon creativity – without creativity, there can be no growth in a company. We are told that some people are inherently more creative-minded than others, and that is true to some extent, but everyone, regardless of their personality type, struggles intermittently with their creative endeavors. Much like the renowned “writer’s block,” efforts to increase creativity suffer from less than ideal approaches. There are a multitude of things we can do that may increase creativity, perhaps directly or indirectly, but there is one approach that is certain to: simply take a step (or many) back from the problem at hand.

The difficulty that arises while trying to think “outside the box” is that we often focus too much on the “box,” itself. Even when we believe ourselves to be thinking “outside” the box, we are still considering the box, which limits our creativity. A more effective approach is to instead think away from the box.

Social psychologists understand this idea in terms of the Construal Level Theory (CLT), which, simply stated, relates a person’s psychological distance from an object (the box) with concrete and abstract thinking approaches (inside, outside, and away from the box). When we think inside the box, we can only see its concrete aspects – the size of the box, its content, its cardboard smell, etc. When we think outside the box, we still see it in terms of its concrete characteristics, but now we also see it in relation to what’s around it, which yields more creative solutions. But simply stepping outside of the box isn’t always enough to solve a problem. What’s more important, and effective, is that we step away from the box, that we back-peddle until we can barely make out the box’s shape. Then, and only then, can we consider an issue in its entirety. In other words, the greater our psychological distance is from a problem, the more creative solutions we can see.

This may sound a bit complicated, but it’s easy to practice. Whenever you are faced with a problem (e.g., increasing sells, creating a new slogan, finding your niche, etc.), first think of it in terms of the abstract, then slowly work your way back into more concrete thinking so that you can execute the solution. For example, if you’re trying to sell a dining table, don’t think of it, at first, in terms of its dimensions and appearance (the concrete); instead, think of it in terms of the people who gather around it to share their stories, who reminisce of times past, and who enjoy long-awaited holiday meals with loved ones (the abstract).

Granted, the concrete is not to be ignored – without it the abstract collapses. However, to only think in terms of the concrete greatly limits your creativity. So, next time you are faced with a problem, and simply stepping outside of the psychological box isn’t enough to spark any new ideas, try stepping away and examining it from a greater distance.