Powered By The Artist Evolution 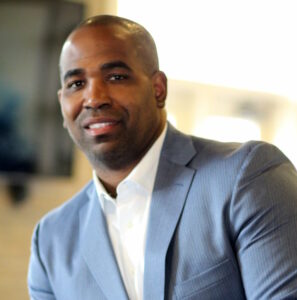 Derek Champagne interviews former NFL player and entrepreneur, Marques Ogden. Marques, the best-selling author of “Sleepless Nights: The NFL: a Business and Family”, talks with Derek about his childhood years, playing in the NFL, his entrepreneurial journey, and leadership lessons along the way.

Growing up in a single-parent home with a father that inspired and demonstrated perseverance and fairness, Marques Ogden learned how to define his values and set goals. Marques attended Howard University from 1998-2002, where he played Division I football. He followed his dream and his brother Jonathan’s footsteps and was drafted into the NFL in 2003. At the age of 27, he founded a construction company called Kayden Premier Enterprises, a business that grew rapidly in its first few years, but he lost the business after a bad business endeavor. At his lowest point, the NFL and lessons he learned from his father and coaches, helped him restructure his life.

Listen to the podcast

Get to know Marques: Meet Marques

GIVE US A CALL

We would love to chat with you!

©2019 - First Down Marketing. Powered by The Artist Evolution.