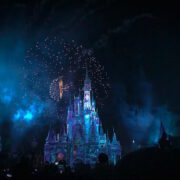 There is an extremely high chance that you have heard about Disney+ in recent weeks, and from a marketing stand-point this is quite the feat. For two years Disney had been preparing for their risky entry into the streaming service market, and on November 12th all of their preparations came to a head as they unleashed what has become the most unprecedented marketing campaign in recent memory.

Disney achieved what most businesses do not even dare to dream – their goal was to reach at least 95% of their target audience, which equates to around 100 million homes, and they accomplished it. Of course, Disney has the distinct advantage of being a multi-billion dollar media giant, meaning they can throw practically any amount of money they wish at a marketing campaign, but there is still a lot we can learn from their launch of Disney+.

It does not matter if you have an endless amount of money to dedicate toward a marketing campaign – if you do not spend it wisely, it will not be successful. There are numerous examples of industry giants wasting millions in misguided marketing efforts, but Disney is not one of them. The decision to enter the enormously competitive streaming market, dominated by the likes of Netflix and Apple TV, entailed a high degree of risk for Disney, who already has a significant foot-hold of their own in the more traditional media industry. But Disney, well aware that traditional media is slowly, but surely, losing the tug of war battle with streaming, knew that they had to adapt and evolve. Enter Disney+.

Disney knew that if they were going to go after a company as dominant as Netflix, they had to go all in. In other words, they devised their marketing campaign in proportion to their circumstances – and this everyone can emulate. For Disney to have a successful launch, they could not afford to rely on organic growth. They had to create the growth by brute force. They invested money in practically every form of marketing imaginable to ensure that nearly every single American, either directly or indirectly, knew about their new streaming service. Most businesses will not have to invest such a considerable amount of resources into their campaign because most businesses are not trying to take down Netflix, but the lesson still remains: If you want to achieve a goal, you cannot invest a deficient amount of resources toward realizing it.

Granted, determining the right amount of money to dedicate toward your campaign is only half the battle – determining what to direct that money towards, and when to do it, is just as important. With the amount of money Disney+ spent in advertising, it would have been hard for them to miss; however, they were still smart in their approach. For instance, the date of their launch (right in the heart of the holiday season) was not coincidence. They strategically chose a launch-date that would giver their product the best chance at success, a time when kids are home from school and the cold weather keeps everyone glued to their couches. They also built upon their consumer loyalty by offering discounts to early supporters, dropping the annual subscription fee from $70 to $47.

Perhaps their only mistake was dedicating too much energy into their marketing and not enough into their product (or, more specifically, their servers). Disney spent a considerable amount of energy trying to ensure that their servers were capable of handling the millions of new subscribers that their marketing campaign successfully brought in, yet they still experienced issues shortly after launch. This, too, is an important lesson that everyone can learn from: No matter how successful your marketing campaign may be, you have to ensure that your product or service is capable of living up to it, otherwise you will end up with a PR disaster and all of your marketing efforts will be turned on their head.

Disney was able to spend much more money on their marketing campaign than practically any other business is capable of spending, but the way in which they spent their money, and even their time, is something everyone can learn from and emulate.

Super Bowl Ads Upon Us

Carl's Jr. Classes it Up

Value of Social Media for your business

When You Need to Rebrand

Why Google Certifications Are Worth Your Time