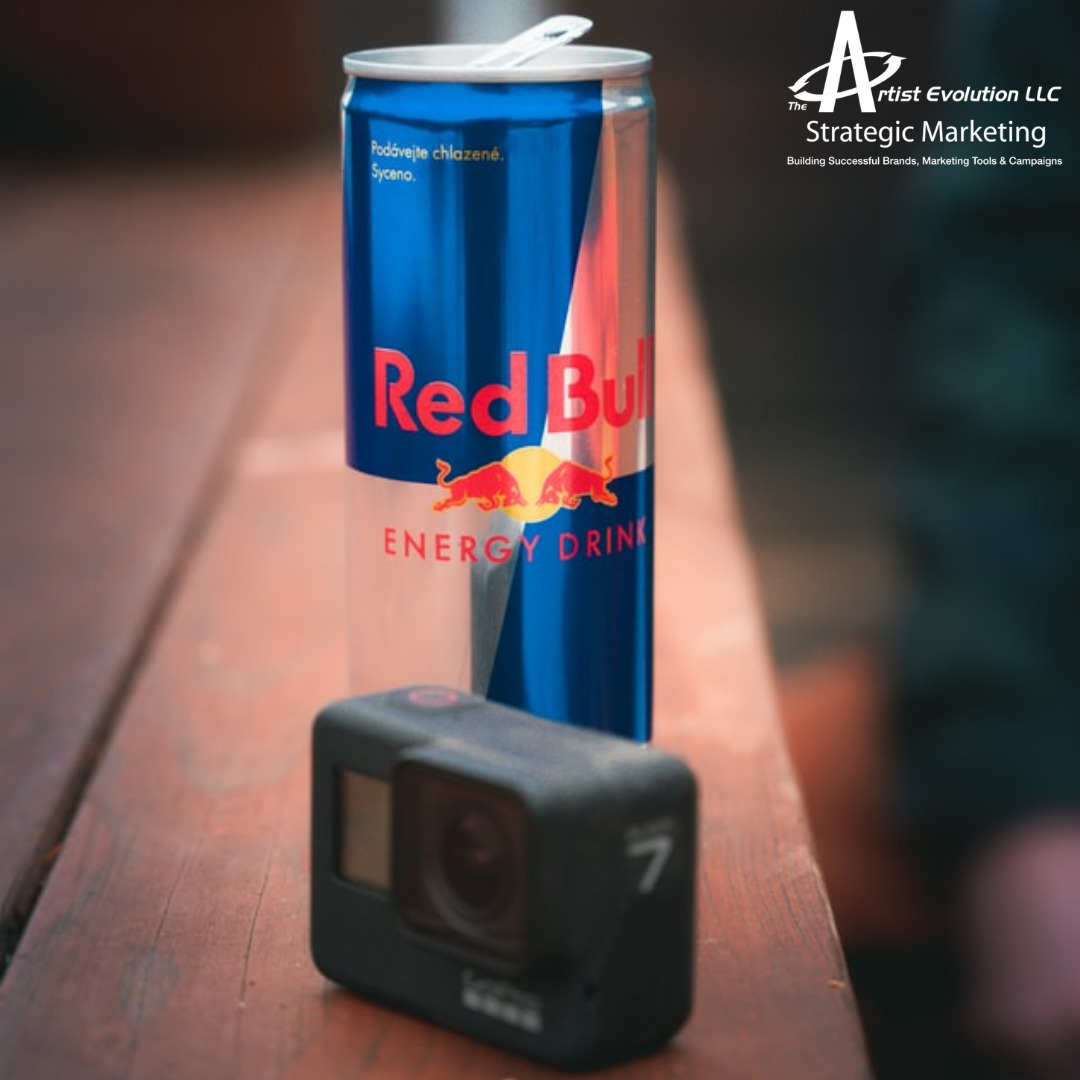 Red Bull has solidified themselves as masters of marketing. We’re going to look at how they did it so you can implement some of their strategies into your own marketing.

Coca-Cola is a Soda Company;

Gatorade is a Sports Drink company;

What makes Red Bull so special is that they have outgrown the label of an “energy drink company.” Sure, at their core, Red Bull sells energy drinks. But it’s what they do in addition to this that sets them apart from their competition and makes them stand out in the marketplace.

On average, B2B companies spend around two to five percent of their annual revenue on marketing, and B2C companies hover around the ten percent mark. Because Red Bull is a privately held company, there are not clear statistics on their marketing budget, but estimates suggest that they spend anywhere between thirty to forty percent of their annual revenue on marketing—significantly higher than the average B2C marketing allocation.

Red Bull’s all-in strategy on marketing has resulted in a formidable market presence within the energy drink sector and beyond. But Red Bull has risen to the top not simply because they spend more on marketing than their competitors—higher budgets do not necessarily equate to more sales—but because of the way in which they spend their marketing budget.

Red Bull Does Not Act like an Ordinary B2C Company.

Red Bull strays away from the conventional B2C marketing strategy of heavy product advertisement and instead focuses primarily on content marketing. Seems counterintuitive, right? Energy drinks do not exactly lend themselves well to content marketing, but Red Bull found a way to make it work—and work really well.

Red Bull’s content marketing strategy takes an indirect approach to customer acquisition. Instead of marketing directly to their target consumers (generally young, non-conformist thrill seekers), they go after the things that their target audience cares about passionately.

Don’t believe us? Take a look at this screenshot of Red Bull’s website homepage, and look carefully at how they prioritize their products:

TV, Events, Athletes… Products. Not only do they list their products last, which is significant in and of itself, they don’t even display a single picture of their product anywhere on the homepage. Instead, they feature people, events, stories… all things that have become synonymous with their brand.

This is exactly what Red Bull has miraculously achieved, and not just in skateboarding, but in unconventional extreme sports and activities of all kinds.

Think of any unorthodox yet popular sport and chances are Red Bull has a strong presence within it—not because they promote their drinks at events and venues, but because they sponsor these events and the people who make them special. These athlete sponsorships play an especially important in Red Bull’s marketing strategy.

Take bike racing, for example, one of the many non-conformist sports that Red Bull has embraced. Red Bull sponsors a select number of accomplished bike racers by giving them financial compensation, and, in return, the cyclists wear heavily branded “Red Bull helmets.”

The result is a handful of extremely fast bike racers who all share one thing in common—they all wear Red Bull helmets. This positive association is a crucial component of Red Bull’s marketing. Red Bull’s content attaches their name and logo (i.e., their brand) to things and people that their target consumers care about and hope that this positive, and perhaps even subconscious, association between their brand and their consumers’ passions will eventually lead to product purchases and continued brand loyalty.

Does this unconventional strategy pay off? Red Bull’s continued dominance in the energy drink sector suggests so. Of course, most businesses are not in a position to bet so heavily on indirect marketing like Red Bull does, but there is still a valuable lesson to learn from Red Bull’s marketing strategy, and it’s something that any business can implement.

This may sound like a cliché, but many businesses don’t do it, and it is a crucial component of successful advertising.

When we say that Red Bull places consumers first, what we mean is that they focus first on their consumers’ wants and needs. They don’t directly promote their product often, but when they do, they always promote it in a way that makes consumers care.

Buying the premier energy drink does not appeal to any innate human desire, but buying wings—i.e., being “lifted up” and empowered—does. Everyone could use a lift here and there, and Red Bull satisfies that innate need with a sugary energy drink.

The Bottom Line: Give Your Consumers Wings.

If you can figure out what your target consumers are passionate about and fix your brand to it, you will stand out from competitors who only focus on their products. The secret to successful marketing is to focus not on a product but the people who you want to purchase that product.